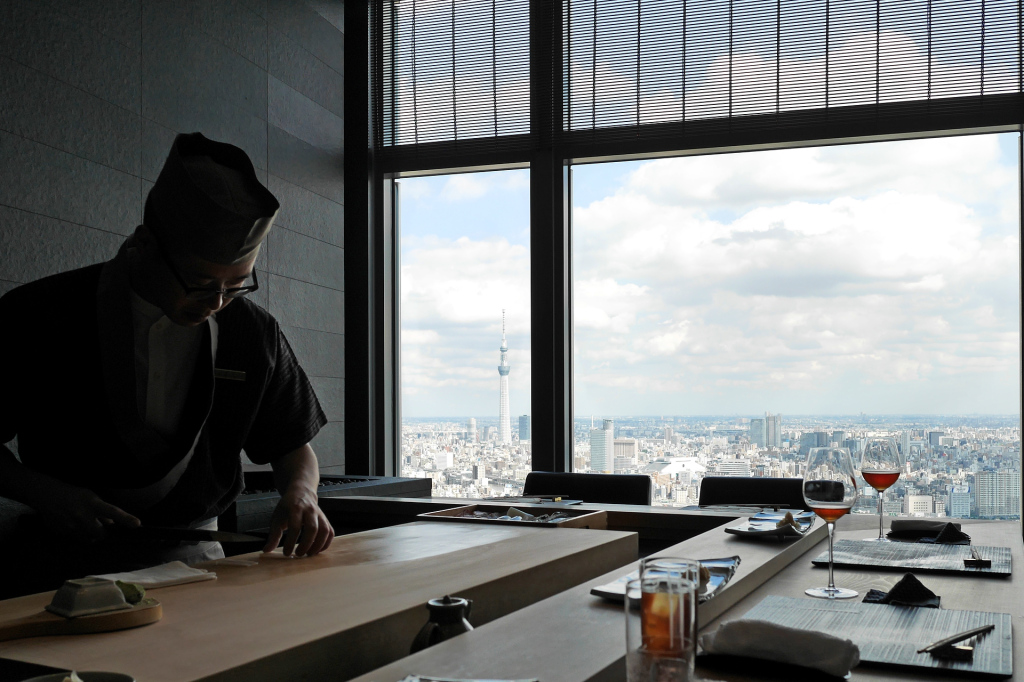 Many sushi-yas in Japan are hidden away in basements. Sushi SORA, however, is the exact opposite. Located on the 38th floor of the Mandarin Oriental in Tokyo, the restaurant has a fantastic view over Tokyo Tower. But a view is not enough in a city with over 5000 sushi-yas – so is the sushi any good? 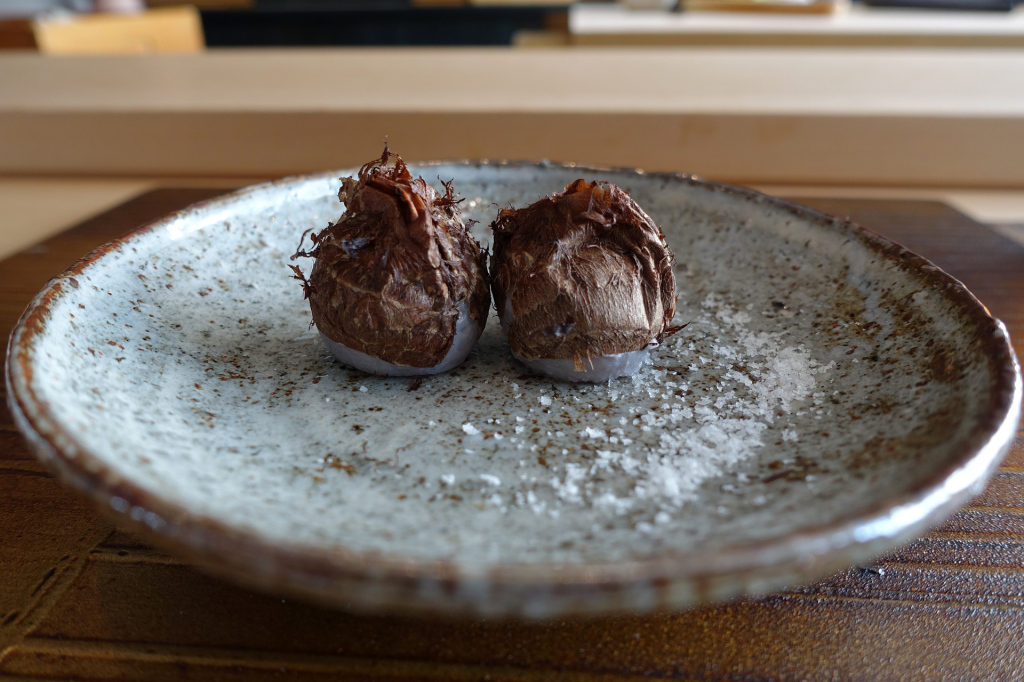 From the otsumami, the palate-cleansing yams were unique and provided a delicate start to the meal. The shiro-ika and bonito that followed were excellent. The squid from Kagoshima, in particular, was tender and rich in taste; the bonito was certainly as good as that served at Sushi Saito, where I had dined a few days prior. 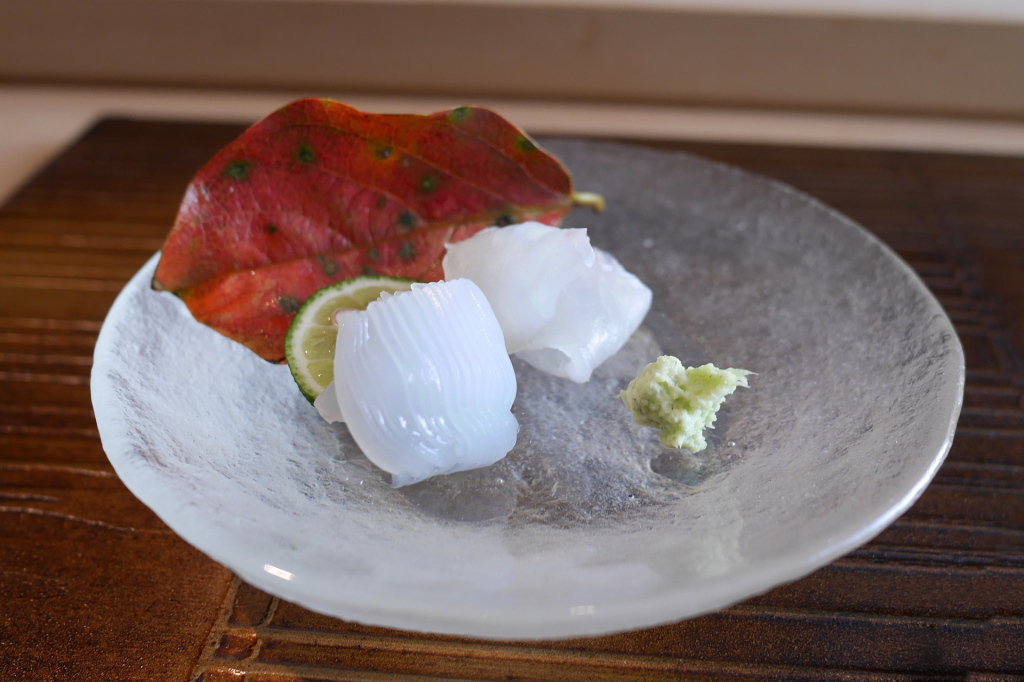 The nigiri were very well balanced. The rice for the shari, from Niigata, had good bite and was delicately seasoned, which complemented the neta. The kohada, which is supposedly the test of the quality of a sushi-ya, passed with flying colours and had a slight sweetness to offset its curing in vinegar. O-toro from Oma (the season had just started) was unctuous and the awabi with yuzu was also very enjoyable. 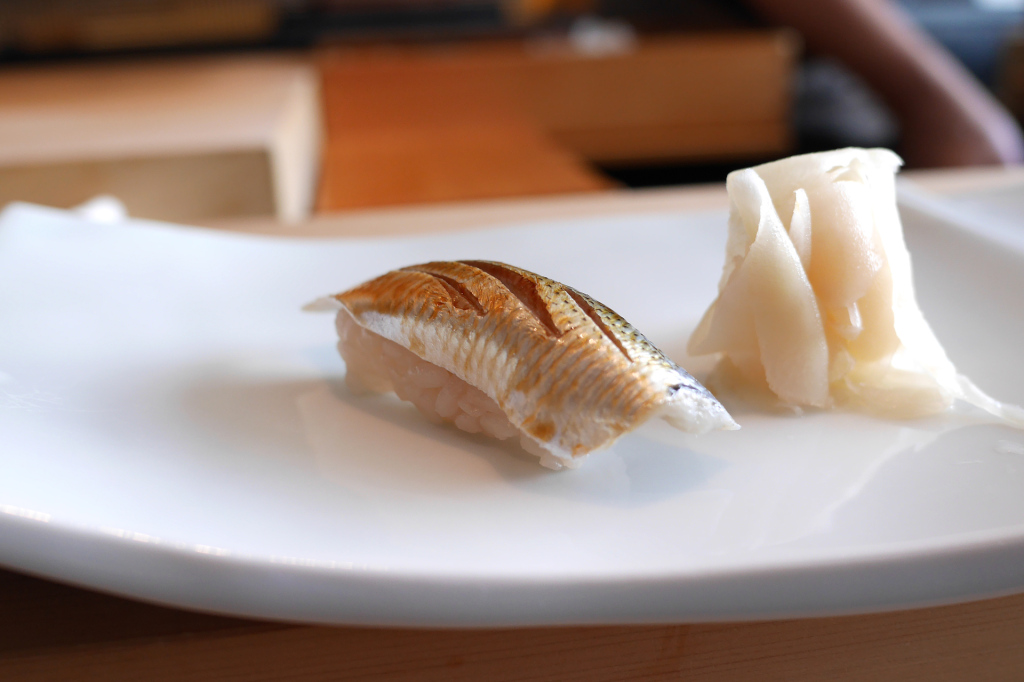 My only issue with the nigiri was the temperature, which one would usually expect to be around body temperature. To me, both the rice and the fish were slightly too cold, which was a shame given the  high quality of both fish and rice. However, as previously noted in my Sushi in Japan post, everyone has different preferences when it comes to sushi, and my dining companion did not seem to notice this as much as me. 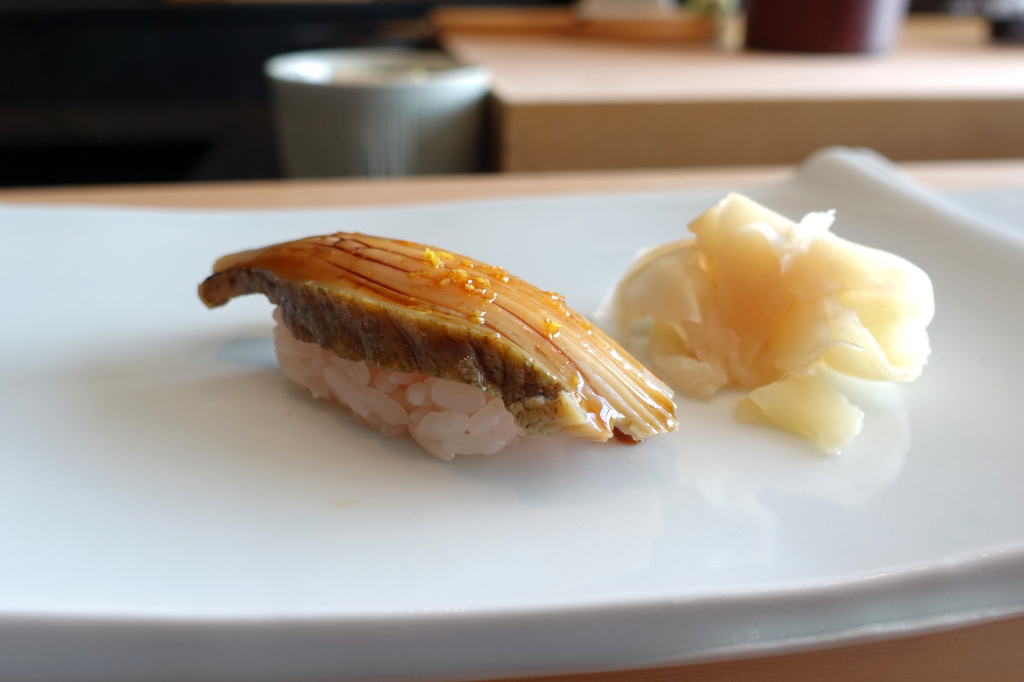 The clear standout was the nama-ikura, served as a gunkan-maki. Only available for a few weeks a year, the salmon roe was not marinated in soy sauce, as you would usually expect. The flavour was outstanding, with each roe bursting perfectly. I would happily return to Sushi SORA for this piece alone. 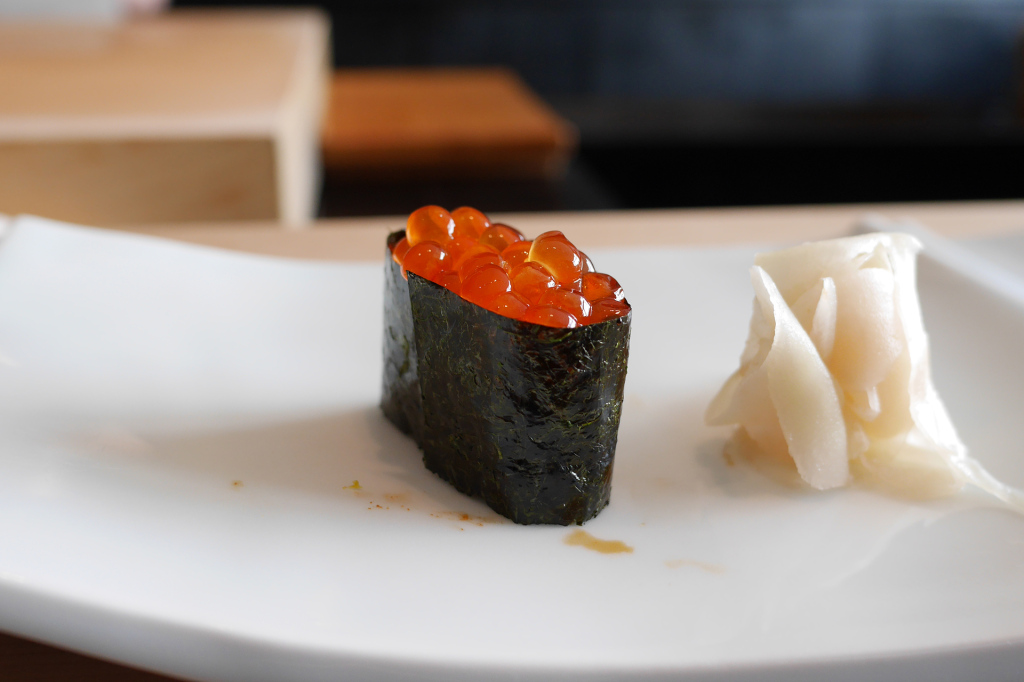 Although there was a traditional finish of tamago, dessert of chestnut mochi with red bean, apple and fig was also served, which was an enjoyable way to end the meal, and would certainly suit those with a sweet tooth. 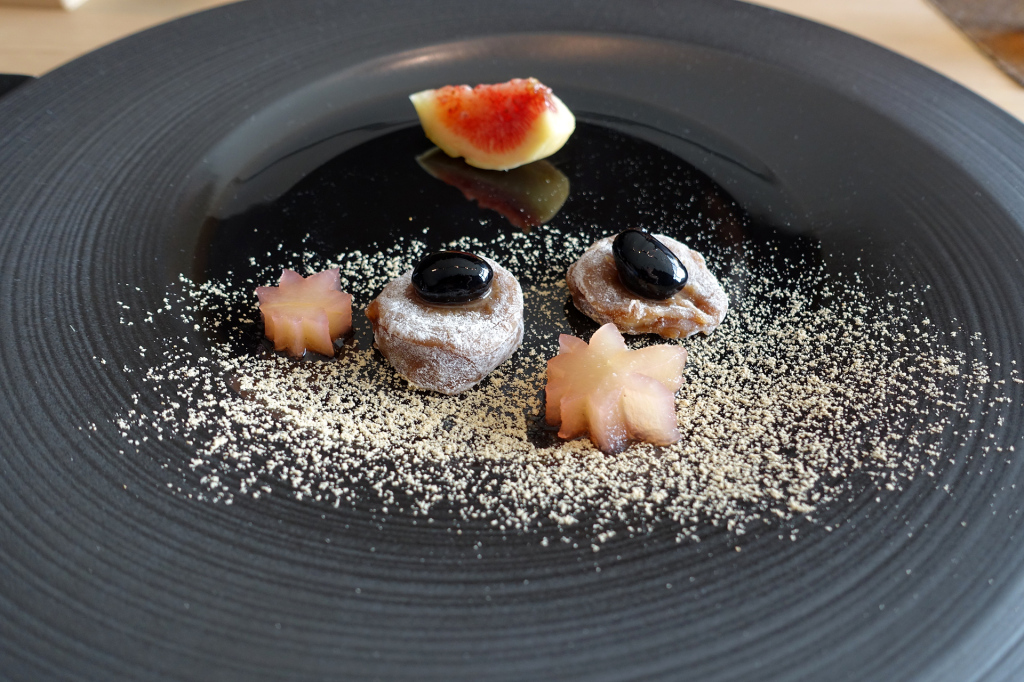 Sushi SORA is easily on a par with many of Tokyo’s one star sushi-yas and would serve as a great introduction to edo-mae sushi for many visitors to Tokyo: Imaizumi-san is welcoming and speaks good English, no other sushi-ya in Tokyo offers such an amazing view over the city’s never-ending skyline and most importantly, the sushi is very good.

*I visited Sushi SORA at the invitation of the Mandarin Oriental but all views remain my own.